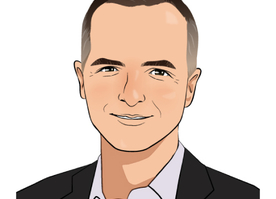 Michael’s career spans over twenty years in Private Banking, Asset Management and Treasury. In his latest role until end of 2015, Michael was Global Head of Private Banking in Standard Chartered Bank. Under his leadership, Private Banking was established as one of four independent client businesses with a renewed strategy focusing on entrepreneurs in Asia, Middle East and Africa.

Before joining SCB, Michael was the designated Chairman for Asia at Julius Baer and Asia Pacific CEO of BOA / Merrill Lynch Wealth Management. In these roles he was instrumental to the successful sale and integration of the business from Merrill Lynch into Julius Baer in 2013. Between 2003 and 2010 Michael acted as regional head of Products & Services in UBS Wealth Management, leading the build up of their product platform across investments, financing and wealth planning in Asia Pacific. Prior to that he held various regional roles in UBS Asset Management and Treasury.

Michael holds a Masters degree in Business from St.Gallen Business School and a PhD in Financial Economics from University of St.Gallen. He lives in Hong Kong with his wife and three young children.