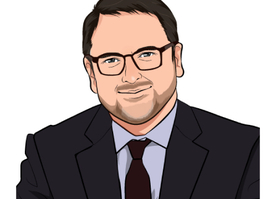 John Williamson was the Chief Executive Officer of EFG International from June 2011 until April 2015, when he became Vice Chairman. In April 2016, he was elected as Chairman.

John Williamson has spent the whole of his career in private banking. Before EFG Private Bank, he spent over 16 years with Coutts in a variety of senior roles, ending up as Chief Operating Officer for Coutts Group. From 1997 to 1999, he worked in the US, as director and Chief Operating Officer, first in New York and then in Miami. In other roles, he was responsible for strategy, performance and planning, and also had experience of marketing and credit. For two years, he was a Client Relationship Officer, serving French and Belgian clients.

John Williamson is a British national, was born in 1962, and has an MA in modern languages from St Catherine's College, Cambridge.