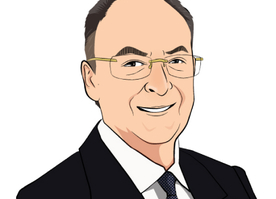 Ray founded MilleniumAssociates, an independent firm specialised in M&A and strategic advice for the global financial services industry with particular focus on wealth management. Based in Switzerland, he takes a strategic advisory role supporting the operational team. MilleniumAssociates has a broad network of senior contacts with financial services companies, investors, institutions and sovereign funds in Europe, the Mediterranean, the Middle East, Asia, Japan, and the US. Ray has a long background in global financial services. From 1970-1984, he held various senior positions within Citigroup, lastly head of Asia Pacific Treasury and capital markets. From 1984-1992, he worked for Midland Montagu Investment Banking as CEO of Hong Kong, CEO of Japan, head of global capital markets office (London) and head of FIG, and MD/CEO of Midland Montagu Securities. From 1992-1994, Ray was chief investment officer for the National Bank of Bahrain including Head of International Banking and Private Banking. From 1994-1998, he became chief investment officer and chief financial officer and member of the Executive Board of Cedel Bank (created same)/renamed Clearstream. Subsequently from May 1998 to April 2000 Ray was a managing director and member of the private banking management Board for SBC/UBS AG. There he created and led the corporate strategic acquisition and development team in asset/wealth management and private banking acting on a global basis. Ray is a Harvard Business School & INSEAD Alumnus. He has multicultural, multilingual wealth management and private banking/investment banking expertise. Ray is a patron of the British Swiss Chamber of Commerce. He speaks English, French, Greek and Japanese.