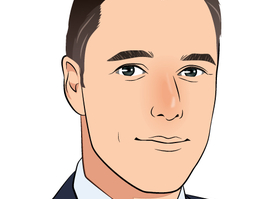 Harmen Overdijk, CFA, is a founder and managing partner of Caidao Wealth, an independent asset management company based in Hong Kong offering global and Asia-specific investment strategies to international investors. He is responsible for the investment policy at CAIDAO WEALTH. Before starting CAIDAO he was head of investments, Asia-Pacific for EFG Asset Management, having joined EFG in 2008 from Fortis Bank. At Fortis Bank, Harmen was regional head of investments and deputy general manager for private banking in Asia.

He originally joined MeesPierson, which later became Fortis Bank, in 1998 as investment analyst, becoming chief investment officer of MeesPierson Asia in 2002, and global head of research in 2005 before returning to Hong Kong in 2006. Being known for their dedication to clients, Harmen and his business partner, Louis Laimason, decided to become independent and started CAIDAO | WEALTH, which is a partnership with CAIDAO CAPITAL, a Hong Kong based private equity firm run by another MeesPierson Alumni, Ming Lee.

Harmen graduated from Tilburg University in the Netherlands with a Master’s degree in financial economics and is a chartered financial analyst.

He can be contacted at harmen.overdijk@caidaowealth.com