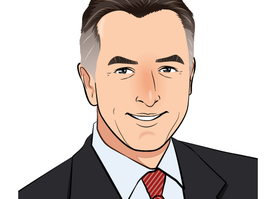 In total, Marcel has more than 30 years of experience in the field of private banking in Asia, starting at Citibank and then at Merrill Lynch, before joining Swiss Bank Corporation (later UBS) in 1990, where he held various management positions, including head of global wealth management in South-east Asia and the Pacific, including Australia and Japan domestic.

He joined Credit Suisse in 2007 and was head of Private Banking for Asia Pacific to the end of 2011. He has been based in Singapore since 1990, having previously worked in Hong Kong, Melbourne and Sydney.

Marcel was awarded “Outstanding Private Banker – Asia Pacific” at the 19th Private Banker International Wealth Summit held in Singapore in October 2009, as well as a distinguished Financial Industry Certified Professionals (FICP) title for “Wealth Management-High Net Worth” by the Institute of Banking & Finance (IBF) in Singapore.

In September 2015, Marcel was awarded a certificate as an ‘IBF Distinguished Fellow’ for 2015.

He is a graduate from the University of Freiburg, Switzerland, and also holds a Master of Comparative Law from Southern Methodist University, Dallas, USA.