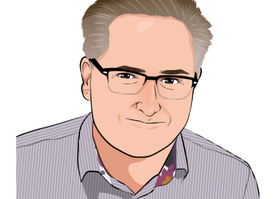 Michael has an extensive background in financial services in Asia, Europe and North America. He has been in Asia-Pacific since 1995 – first in Hong Kong for six years, then in Sydney and Singapore, returning to Hong Kong in 2007. Before setting up Hubbis in early 2009, Michael founded Pacific Prospect in 2002 and sold it to global business-to-business publisher Incisive Media in 2006, continuing to serve as Chief Executive Officer until October 2008.

Born in North Wales, Michael was head boy of St David’s College Llandudno. He has a degree in Business Administration from Cardiff University. He now lives in Sai Kung, Hong Kong, and is married with three children - Reanna, Garett and Tarryn.